We’ve been living in Spain for almost 4 years now and while we absolutely love our lives here, we won’t pretend that it’s all been a bed of roses.

As with any big changes, there are both pros and cons when it comes to living in Spain and it’s important to consider both sides when making such a big life decision.

The positives and negatives of moving abroad will differ from person to person and will inevitably depend on your own situation, but we thought it might be useful for those of you considering moving to Spain to have a read of the good and the bad in our experience.

So, read on for our list of pros and cons of living in Spain…

First up here are the pros of living in Spain…

Obviously the biggest plus point to moving to such a sunny country is the weather! We weren’t fans of the grey, wet and windy days you get so often in the UK, so now having around 320 days of sunshine each year here on the Costa Blanca is definitely something we won’t ever get bored of!

When you have such fantastic weather you can spend so much more time outdoors. At the time of writing its the start of November and we’re still in t-shirts and shorts, going to the park and beach several times a week, eating lunch outside, and having the windows and doors open all day. You definitely get more than your needed allowance of Vitamin D in Spain.

The cost of living in Spain is getting higher by the week and is certainly a lot more expensive than when we moved here in 2019. However, that said, it is still cheaper to live in Spain than the UK. With cheaper petrol, very low council tax equivalent (ours was £366 for 2022!), cheaper house prices and rent, and cheaper drinks, your money goes further in Spain than it would in the UK. This obviously means that you can either work less, or have more fun with your money.

Gas and electricity bills are also much lower than the UK, as well as in other European countries. We have friends and family in England telling us that they’re now paying £400 a month on utilities, and we’ve heard from some Belgian friends that they have family with €700 a month bills! Meanwhile here in Spain our electricity bill (no gas) over the last 6 months has been between €75-€135 depending on whether we’ve needed air con or not so there’s definitely a big saving.

One of our absolute favourite things about living in Spain is all the fiestas. There is always something going on and there’s such a great community spirit whenever you attend a fiesta. With free food & drink, live music, children’s events, fireworks and lots more, you can spend so many days joining in with celebrations and experiencing the Spanish culture for absolutely no cost.

As well as learning a new language and about another culture, being able to explore a whole other country is an amazing opportunity. Spain is a big country made up of many different regions with varying landscapes and climates. In just a few hours drive you can be somewhere that looks very different to where you live, whether it’s to the mountains, the coast, or to a town or city further inland. We still have so many places to explore and are enjoying ticking them off our list.

Ok, now for the cons of living in Spain…

Without a doubt the hardest thing about moving abroad is leaving behind your family. We’re very lucky that my parents live in the same town as us, but we’ve still left behind another set of parents, siblings, grandparents, nieces & nephews, and friends. We’ve missed births, birthdays, Christmases, and general family get togethers. When you move to a sunny country you think everyone will want to come and visit for holidays, but of course money, work, general life, and pandemics can get in the way of that and before you know it you’ve gone years without seeing some of your favourite people which can be very hard.

With leaving your friends behind, you will probably want to make new ones but it’s much harder to make friends as an adult than you think! Especially when most people you meet speak another language. Our biggest hurdle has been in the fact that we don’t like to go to all the British bars so don’t tend to get the opportunity to socialise with many fellow Brits, but we also don’t speak enough Spanish to be friends with the locals. If you put yourself out there and go to Spanish lessons, exercise classes, and talk to other parents at the school gates you will get there, but it’s not easy.

A big downside to moving abroad is having to learn a new language. Obviously you know this before you move, but I think most people underestimate just how difficult it is to become fluent in another language. Being able to order food and drink or ask directions is one thing, but having a fast paced conversation in Spanish with the locals is another thing altogether!

One that has hit me quite hard and that I wasn’t really expecting was the feeling of being an outsider. I have spoken to some fellow Brits living in Spain who have said the same. In my experience, whenever you go somewhere, whether it’s an event, a restaurant frequented mainly by locals, even the doctor’s surgery, you often feel like an outsider. You may struggle with communicating, and you often stick out like a sore thumb compared to the locals whether that’s because you’re wearing shorts in October or have red hair and freckles like me! The Spanish are also not shy of staring which doesn’t help your confidence. You do kind of get used to it, but it can be a strange feeling if you have previously always felt like you belong where you live.

Sometimes it seems that every time you try to do anything in Spain you’re met with red tape. You will need your NIE for everything from ordering something online to buying a car. You’ll need to go to the Ayuntamiento (town hall) to get your Padron updated whenever you need to apply for anything remotely official. And even popping into the bank to ask a question often requires paperwork you never even knew you needed!

Finding work has been difficult, especially when you have a pandemic soon after moving! I’m lucky that I work as a freelance social media manager so can work online and in English, but Pete has struggled to find work locally. If you need to find a job you will need to be fluent in Spanish unless you want to work in a bar or restaurant – there’s no problem with that work of course, but it doesn’t pay very well. For those who are lucky enough to find work, you’ll unfortunately find that the wages are much lower than what you’re used to, for example the average wage in Spain in 2022 is €24,009 (£21,093) compared to an average wage of £38,131 in the UK.

So there you have our list of pros and cons of living in Spain as an expat. Although there are cons, we are still of the mind that living in Spain is better for our family than living in the UK. We hope this helps you when it comes to deciding whether the move is right for you or not.

If you already live in Spain, what would you say your biggest pros and cons of living in Spain are? Cost of living in Spain as a family 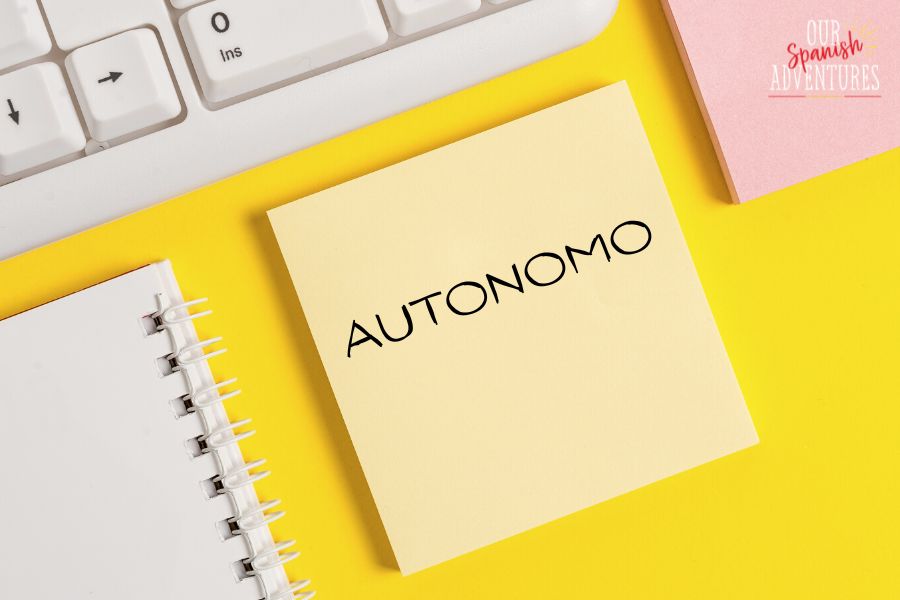 Healthcare in Spain for expats