We get a lot of people messaging us on social media asking about Non-Lucrative Visas (NLVs). While we know the details and have produced a guide to help Brits apply for the non lucrative visa, we don’t have personal experience of applying for an NLV as we moved to Spain before Brexit.

For that reason we thought it would be useful to ask some people who have recently got their NLVs to share their experiences of the process so that others know what to expect.

Below you can read some information from a family and also from a couple on how they found the process, and their thoughts on how easy is it to get a Non-Lucrative Visa to move to Spain.

Megan and her partner Garry moved from Scotland to the Costa Blanca with their two children in September 2021.

Did you apply for your NLVs all together?

Myself and the children got our visas to start with. Garry couldn’t apply for his at the same time because it would have meant him leaving his job – you need a copy of your p60 as part of your paperwork which seems crazy but it’s to prove you have the money without working.

After we had been in Spain for around a year the rules changed and because Garry works offshore he was able to use his monthly wage as his income allowance to allow him to stay in the country. His visa application was a lot more straight forward than ours – because I was applying on my own with the children I needed to provide lots of proof that I wasn’t just taking them away.

How long did the whole process take?

I think we started getting things in place in the January of 2021 and had the visa by the end of August.

How long did it take for your visas to be approved?

How did you find the whole application process?

The whole process was very difficult, in fact I can’t believe the stuff we had to go through to get here. Nothing was straight forward at all even though we had a Spanish lawyer helping us with the application.

We had to get all new birth certificates, medical checks, bank statements, letters from the kids’ school, police checks, have health insurance in place, and a lawyer’s letter signed by us both to say Garry was fine for me and the kids to move to Spain. Everything had to be sent off to be translated which cost a lot of money – each page of every document has to be translated and stamped.

All the paper work you have to get together is only valid for three months so it’s really a race against time to get it all sorted or they will decline your visa or ask for another copy – which would obviously cost more money!

The process isn’t over when you arrive in Spain though as you have to report to a police station get your Padrón which you need for your fingerprint application to get your TIEs.

Did you have help or did you complete the application yourself?

We had a Spanish lawyer in Madrid that guided us through the whole process. His services cost around £2,000 but we couldn’t have done it without him.

He made all appointments at the embassy in Edinburgh as well as the appointments in Spain to have our finger prints etc done. He’s also just completed the applications for our second year which which covers us for the next 2 years.

Do you have any advice or tips for people applying for their NLVs?

Make sure you have somewhere in Spain to stay as you have to write that address down on the visa. We were lucky that we had family to stay with.

The embassy will keep your passport unless you have a reason for them not to. Garry got his back but they kept mine and the kids’, so when our visa application came through and the passports were returned, our visa paper was in our passports already but Garry had to go back to Edinburgh to have it added to his.

Make sure you have budgeted enough for the application. It’s around £500 each to apply, we spent around £2000 on the lawyer, plus the money to get all the documents translated. You also have to have a years health insurance plan in place (paid for upfront) when you apply but the cover only starts when you arrive in Spain.

For the second year we needed all new birth certificates and bank statements, and had to go to the lawyers with a translator to get another copy of the same letter about Garry letting me stay with the kids. Make sure you bring absolutely every bit of paper work to all appointments, if you don’t have it they will want it!

It’s just a shame Brexit really has made the whole thing so hard. It’s stressful enough moving your family to another country and the visa application process adds lots of extra strain, so make sure it’s definitely what you want before you start!

Tracey, her husband and their dog moved to Andalucia in October 2022.

When did you apply for your NLVs and how long did they take to be approved?

We applied for the visa at the Manchester consulate on the 5th August 2022. My husband’s was approved in September and mine during the first week of October.

How did you find the whole application process?

Okay(ish)! We used a forum on Facebook called ‘After Brexit in Spain’ who have a fabulous admin team and such informative details on what you need for a NLV visa application.

We started getting all documents together around the middle of May, and they took on average about 3 weeks to come in. Then we had to get them apostilled and translated which was the complicated bit.

Around mid July we asked for an appointment at Manchester where we found out we had actually had our documents apostilled and translated the wrong way round! They gave us 2 weeks to get them completed and back to them.

Did you have help or did you complete the application yourself?

No we did it all ourselves. I’m an ex business analyst so am very organised. I think as long as you have a list of what to do and tick it off its easy to do yourselves.

Is there anything you wish you’d known before hand?

That once the application has been submitted you are in limbo waiting! My husbands NLV was approved first which was frustrating as we couldn’t make any plans until mine was approved too. We gave up work as requested to apply for the NLV, sold our UK home and car, and were staying with family until we heard back.

In hindsight we would have done it so that we had our embassy appointment in July and not August. The paperwork has to go to Madrid and they prioritise student visas in August.

Is there anything else you think people should know?

Ask for a ESP number and/or link to track your application and be patient. It will only say ‘in progress’ or ‘approved’.

We learnt that some provinces turn the visa application round quicker, so people who applied after us had them accepted in a couple of weeks. This disheartened us at first but Malaga has seen a lot of applicants so it’s taking longer.

So there you have two quite different experiences of applying for a Non-Lucrative Visa to move to Spain. We’re happy to say that both Megan and her family, and Tracey and her husband, are all living in Spain now and enjoying the sun!

If you have a story to share of applying for your NLV feel free to get in touch. Applying for a visa to live in Spain How to apply for permanent residency in Spain 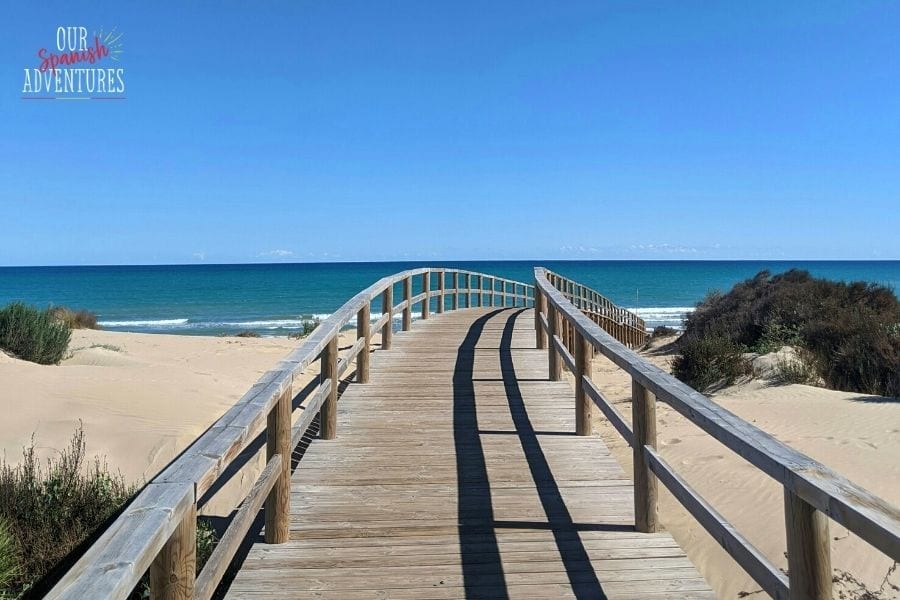